(Note:  While The Next Journey is completely committed to posting only our own, original photography as we document our travels, through a series of unfortunate errors, all of the photos taken in Copenhagen, over 250 of them, were lost and irretrievable.  As a result, the banner picture above is still an original The Next Journey photo, but from our visit to Copenhagen in Sept. 2015)

Who would believe it, but the first leg of our Transatlantic/Baltic adventure has already come to an end, as we said goodbye to about 1200 of our passengers (and several great staff and crew members too!) from our 17 day Transatlantic crossing and say hello to many new folks as we begin our port intensive 12 day Baltic cruise. We arrived into Copenhagen in the early hours of the morning and once secured to the Oceankaj dock in northeast Copenhagen, the first passengers began to head off ship around 7:30am.

We took a slightly slower route, we a leisurely breakfast in the main dining room, which was surprisingly empty on this depature date. We enjoyed our meal and made our way out around 8:30am, where we picked up public transit line 25 (the cruise ship “shuttle” that runs every 20-30 minutes from the terminal to Norreport Street near the city center). (Note: Line 27 also runs from Oceankaj to Osterport Street station as well!) This was a great value option for us as the 24 DKK fare (or 4 Euros or 4 US Dollars) allows for 1 hour of transfers onto any other form of transport in the City Center. 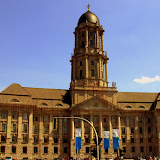 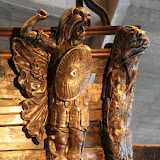 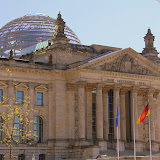 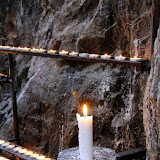 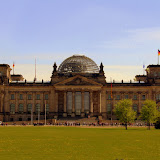 From Norreport, we jumped on the 6A/14 line to Radhuspladsen (City Hall Square) and in less than 30 minutes, we were in the heart of Copenhagen, ready to start our city walk. We hit another holiday here in Denamrk, with May 5th being the Ascension holiday, so many stores and sights were closed or had limited hours, but no major impact.

Starting at the Radhuspladsen (City Hall) we saw Hans Christian Andersen (his statue at least) outside of the building, the world famous Tivoli Gardens across the street, checked out “The Weather Girls” statue, (now buried inside of a Thai Airlines building façade), and slowly began to make our way up the Stroget, the wide pedestrian shopping lane that crisscrosses the city center. 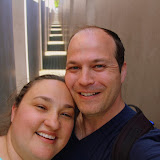 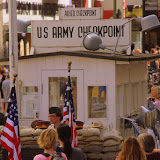 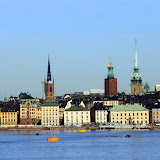 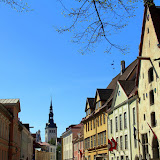 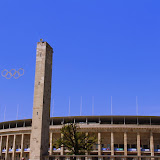 While many stores and businesses were closed for the holiday, there was no shortage of energy and activity along the Stroget. An office building was being moved out and 4 moving trucks and a team of no less than a dozen guys were filling truck after truck with office furniture, chairs, and supplies. Only hitch? No stairs and no running up and down… Instead they used an ingenious elevator platform system to run the boxes from the 4th floor windows to ground level. R got a kick out of watching all the machines and big trucks rolling down the lane.

From here, we visited the Cathedral of our Lady (Vor Frue Kirche) and Copenhagen University, yet another of the many European higher education institutions that I am counting that offer completely FREE education – only cost: Room and Board. (Hey America… Pay attention!) 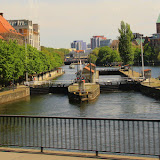 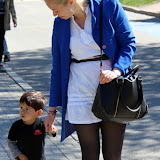 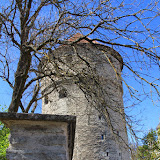 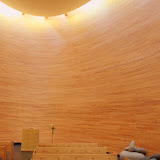 As we continued to move from West to East, we visited Gammeltorv, Nytorv, and Amagertov, home of the Old Square, New Square, and Holy Ghost Church, respectively. All of these areas and neighborhoods were beautiful, though seemed to suffer a bit from a overpowering impact from Western influences (huge banners for Burger King, TGI Fridays serving patio side, etc.) Hadn’t seen this much “in your face” advertising and pull in other cities to this point, but this had no lasting negative impact of the city or its people, who were out and enjoying the picture perfect 70 degree day along with all of us tourist visitors!

We continued to the enormous Christianborg Palace – the birthplace of Copenhagen, and the current shared home of the Danish Royal family and Parliament. On this island, we also saw the Supreme Court, Ministry of Finance, and the Borsen, the historic stock exchange. Crossing the bridge here, we walked along the harborfront esplanade, taking in the sights and the island of Christianhavn across the water. 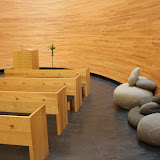 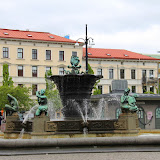 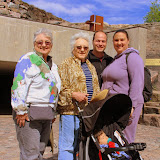 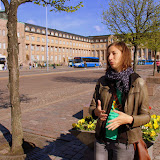 Havnegade Promenade was a great waterfront walk, but beyond the little kayak shops, restaurants, and other fun stops along the way, there was an unexpected bonus… Trampolines! Seriously… They are built (6 of them, about 4×6 feet each) into the concrete walkway, with that rubber squishy padding on all sides, and extend about 3 feet deep into the walkway, supporting every man, woman, and child that walks by and wants to just “bounce” a bit. Everyone else that walked by took at least a moment to do so – and we couldn’t pass up an offer like that, so we were off and bouncing! R had an absolute blast and quite literally needed to be dragged off of it about 20 minutes later, and I won’t lie – it was a fun break that brought us all to smiles… Clearly, that was the reason they were there, and it worked like a charm.

With a little extra “spring” in our step (pun intended), we made our way to Nyhavn, the head of the famous Copenhagen canals, established in the 1670s, and today home to classic mast boats, modern yachts, and a truckload of canal tour providers lining the canals, with Danish families eating at the many restaurants or enjoying a beer with friends along the water’s edge. It was a highly social, busy (due to the holiday and warm weather), colorful, and fun place. 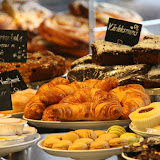 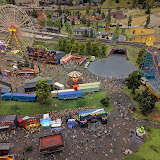 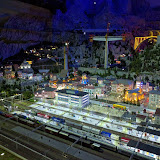 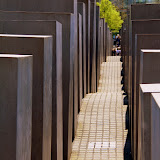 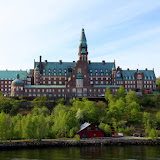 We made our way to the Netto-Badene canal tour kiosk and purchased a 60 minute canal tour ticket for 40 DKK (or 6 Euros) and boarded the 12:15pm tour that took us out onto the water, where the slight breeze helped to cool us off, and the exceptional guide provided a Danish and English overview of the entire city: The Little Mermaid, background on the Danish military and their participation in recent activities to support its allies, Christiania, many of the islands of the city, sights, and more. It was a wonderful way to pull together all of the things we had seen during the day and connect them through history and to present day life in this impressive city.

Following the end of the tour, we picked up public transit and made our way back to the ship to make a 3pm all aboard to begin our next cruise segment. It was great returning to Copenhagen, and look forward to maybe a return to help start or end another cruise in the future!