As we have learned from previous visits to France, the French take Sundays seriously as a rest day.  Most places are open for just 2-4 hours during the day, and that’s if they are open at all to begin with…  Couple that with the fact that our arrival to Cherbourg, on the Northern coast of the country, falls on May 1st, the national May Day/Labor/International Workers/Labor Rights day holiday, and you might as well just hang a big “Sorry Folks – France is Closed Today” sign at the bottom of the gangway and call it a day.

It was a beautiful blue day, with light winds as Zuiderdam backed itself into the port of Cherbourg, just after 8am on that Sunday.  The water was smooth as glass as our ship glided into dock, and although there were more than 300-400 sailboats in the nearby harbor, nothing was moving – no boats, no cars, no people… It was almost eerie as the exceptionally quiet morning began. 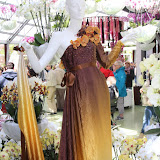 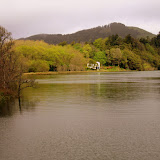 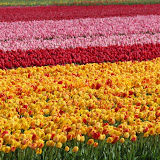 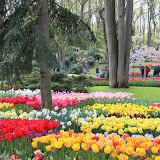 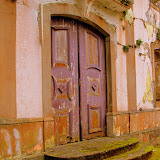 We disembarked around 8:30am, with the hope of taking a leisurely walk into the picturesque town, crossing the bridge at Rue de Val de Saire, and seeing some signs of life… anywhere…

The good news was that there was some, albeit a few, minimal signs of life, with 2-3 small bakeries open and a handful of floral shops and vendors open with flowers, though that was about it.  We stumbled upon what was probably the only grocery store open in the entire city (Carrefour City), operating from 9:00am-12:30pm and picked up a few essentials before making our way back to the ship. 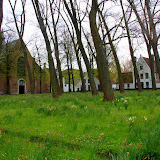 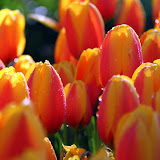 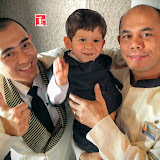 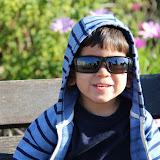 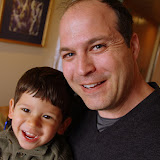 As the day went on, we could see families making their way out to the coast, some sailboats working their way out of the harbor, folks headed to the ferries out to the UK and Ireland, and some cars driving out to the La Cite de la Mer (the maritime museum located next to the ship at the dock).  So, contrary to my opening paragraph, France was in fact (kinda) open on this holiday Sunday, but it chose to allow us to appreciate it in a restful slumber versus a full court tourist press like many of the ports of call on our itinerary.