After five days at sea, we finally saw land in the form of the island chain of Bermuda.  As it was our first visit to this port of call, we were excited to spend a portion of the day exploring the northernmost point of the famous “Bermuda Triangle”.  Though we were originally slated to dock in the capital city of Hamilton, we were advised that our berth location would shift to West End, as the current port was being used as a polling place in the country’s national election!  In exchange for the exceptionally minor inconvenience, we were afforded an extra hour to visit while in port.

As we made our way into the West End port area, we had a commanding view of many islands in the Bermudan area.  West End is located on the northern tip of the west end of the islands, as if the islands spiral outwards counterclockwise from the capital city of Hamilton.  Though West End is only a 20 minute ferry crossing from Hamilton, by local bus, the 12 mile trip  took almost an hour, as it is anything but a straight line! 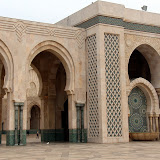 Outside the Hassan II Mosque – Casablanca, Morocco
View at Picasa 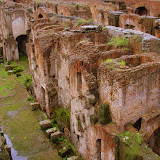 The Intricate Understage of the Coloseum – Rome, Italy
View at Picasa 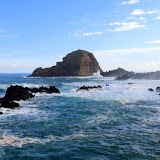 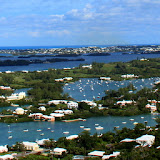 The View From The Top of Gibbs Hill Lighthouse – West End, Bermuda
View at Picasa 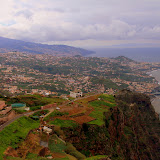 Looking East From The Lookout At Cabo Girao – Funchal, Madeira
View at Picasa

We exited the ship just before 9:30am and unfortunately missed the once an hour ferry to Hamilton by just a couple minutes, so we quickly jumped on a local bus to the capital and enjoyed a very nice drive into town, while admiring local life along the way.  The polling places were well marked, with security forces, and a number of folks just outside each location in suits and formal business attire.  From the looks of signs and other advertisements, it looked like there were two primary parties competing for leadership.  These were the PLP and the OBA, reflecting their green and red colors, respectively.  The process seemed extremely professional and quite calm everywhere we went around the islands.

Taking advantage of the all-day travel pass (any bus or ferry) for $12, we rode the #8 local bus (all the local buses are pink in color) into Hamilton and jumped off right in the heart of downtown Hamilton. Starting from near the ferry terminal, we made our way around the local streets to the bus terminal, just a few blocks away.  From here, we picked up a #7 bus outbound and headed to the South Shore beaches and to our first stop of the day, Horseshoe Bay. 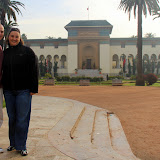 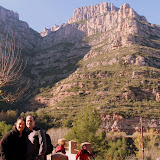 At the Base Before Boarding the Aleri – Montserrat, Spain
View at Picasa 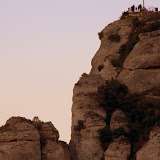 A Cross On One of the Rocky Peaks – Montserrat, Spain
View at Picasa 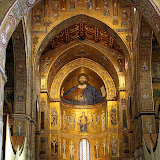 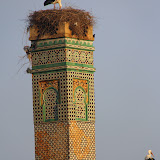 The 13th Century Minaret is Now A Nest For Storks – Rabat, Morocco
View at Picasa

In the high season, you could only imagine the gridlock that must be faced by hundreds of sun worshippers as they attempted to ride the bus, walk, or bring their cars to the tiny little parking lot of this little piece of paradise.  The pure, white, talc beach, the crystal clear water, the blue skies and warm sun, and the crashing waves make you want to just plant yourself here and never want to leave.

When we arrived, we were excited to find this spot to be shared with less then a half dozen people and a lazy dog.  The quiet, broken only by the ocean breeze and the crashing of the waves threatened to derail our entire day of sightseeing as the thought crossed our minds to just kick off our shoes and spend the day here.  It is still Winter (at least in theory), so we enjoyed some time here, took plenty of pictures, and headed back up the hill to the road to pick up the next bus along our route. 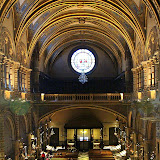 Looking Down on the Basilica From Above The High Altar – Montserrat, Spain
View at Picasa 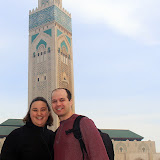 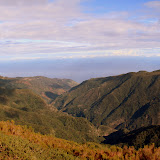 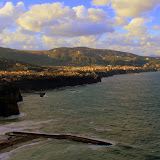 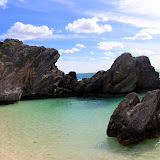 As we continued to head outbound from the capital, the next stop on our list was the Gibbs Hill Lighthouse.  Erected in 1846, it is the highest point on the islands and provides not only critical navigation assistance to ships in the harbor and surrounding coastline, but also incredible views from the top (once you climb the 185 steps to get there).

Our bus dropped us off at the foot of Lighthouse Road, requiring us to walk up the hill for just about 10 minutes.  It was an easy walk and with minimal traffic in the area, we just walked on the road (there are no sidewalks in most spots on Bermuda).  Once we reached the crest of the hill, the lighthouse was off to our left side. 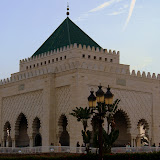 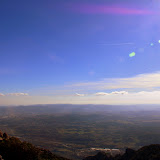 A View From Sant Joan – Montserrat, Spain
View at Picasa 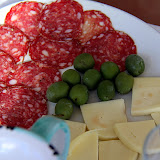 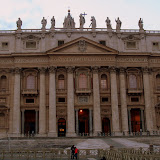 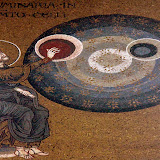 Upon arrival, we ducked into the Gift Shop, purchased our tickets for admission to the top ($2.50 each) and made our way to the circular entryway of the main tower.  From here, it was a slow and steady pace up 185 steps to the top.  Along the way, there were a number of landings offering a little rest and some information about the history of the lighthouse.

At the top, a small wooden door (maybe 24 inches wide by 4 feet tall) allowed you onto the catwalk, a small 18 inch wide walkway that surrounded the top of the lighthouse.  There was a stiff breeze up at the top, however, once you were outside, you could see for miles in every direction.  We could see all the way back to West End and our cruise ship!  (That was over 10 miles!) 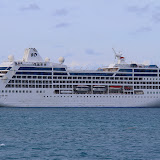 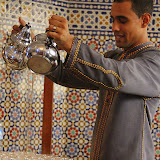 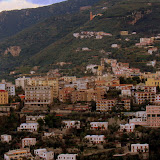 A Village On The Water's Edge – Amalfi Coast, Italy
View at Picasa 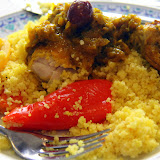 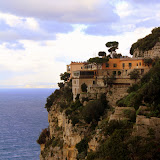 A Villa Along The Cliff – Amalfi Coast, Italy
View at Picasa

We shared the catwalk with another half dozen people (very thankful there were not more as it was a tight squeeze up there!) and spent about 20 minutes admiring the view and noticing just how many individual islands that made up Bermuda (far more than we had originally considered).

Plenty of pictures later, we slowly made our way back down 185 steps, back down the hill to the base of Lighthouse Road, and back to the bus shelter to await our inbound bus to bring us back to the capital city of Hamilton.  Took about 20 minutes to get back into the city center, and from here, we began a one hour walking tour of the city that we found online. 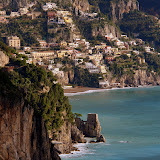 Another Village Along The Road – Amalfi Coast, Italy
View at Picasa 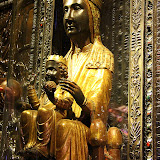 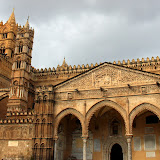 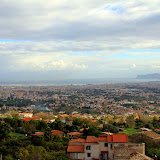 Looking Down on Palermo – Monreale, Italy
View at Picasa 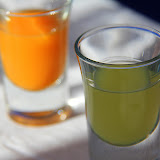 The Meal Isn't Complete Without Some Meloncello and Limoncello – Pontone, Italy
View at Picasa

We started along the waterfront at the old Bank of Bermuda (now a massive HSBC building) and wound our way through history, religion, and government along the way.  We saw the first Bermuda post office (Peron), walked through Queen Elizabeth Park (recently renamed for her majesty as a tribute for the Diamond Jubilee), passed the City Hall and Arts Centre (it has the most interesting/odd compass on its clock tower), walked through the beautiful Cathedral (Check out the Warriors Chapel inside!), and finally to Session House (home of the Supreme Court and the Assembly), Cabinet House (home of the Senate), and the Cenotaph (tribute to the fallen Bermudan soliders).

We arrived back at the waterfront in time to take the 2pm ferry back to West End, and reboarded our ship around 2:30.  What a wonderful introduction to Bermuda!  We look forward to returning again for some beach time and maybe a trip to St. Georges, too!